The UKWAS standard is owned and managed by an independent company called “United Kingdom Woodland Assurance Standard (UKWAS)”. The company is limited by guarantee and managed by its Members on a not-for-profit basis according to the rules set down in its Memorandum and Articles of Association. The company is registered in Scotland: registration number SC199337.

The company’s Objects are:

“to own, interpret, develop and promote a certification standard for forest management in the United Kingdom on behalf of United Kingdom forestry and environmental communities, and bodies which represent the interests of people working in woods and forests or using them for the purpose of recreation, for the general benefit of people”.

Control of the company rests with its Members who are responsible for electing a chair, admitting new members and appointing a broadly based Steering Group which manages the affairs of the company.

The Steering Group, Board of Directors and Support Unit

The Steering Group works on the basis of consensus so that the interests of all stakeholders carry equal weight. It is responsible for protecting the UKWAS name, maintaining and interpreting the standard and ensuring its periodic revision. It appoints a Board of Directors to manage the company’s affairs on a day-to-day basis, an Interpretation Panel as a permanent standing committee and task groups as required on a task-and-finish basis. 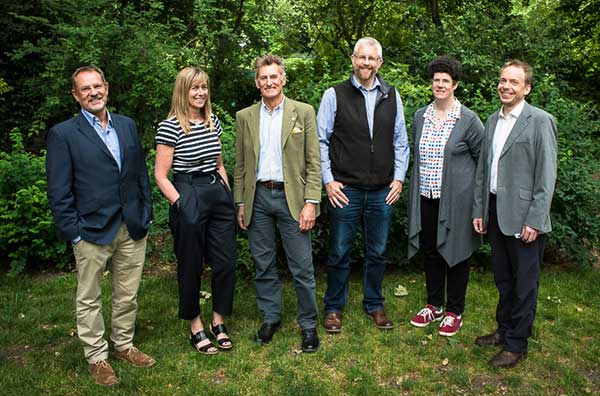 The Directors of the Company are:

The Company Secretary is:

The UKWAS Steering Group works closely with the Forest Stewardship Council and PEFC in the UK to ensure continued alignment of the UKWAS standard with their scheme requirements. In 2007, the working arrangements were formalised by the means of Concordats between the UKWAS Steering Group and FSC UK and PEFC UK which set out each party’s respective role.  Updated Concordats were signed at the AGM in September 2013.

The Steering Group’s work is facilitated by a Support Unit funded by contributions from the Members of the Company – to find out more please contact the UKWAS Support Unit.

Previous annual reports can be viewed in the document library.